What is Still Trending in SEO as We Approach 2016?

Finding the best SEO techniques can be quite a long and tedious task in one of the worlds fastest moving industries. The techniques that worked yesteryear are now obsolete, which means you have to move quickly to find alternative techniques, which might become outdated in another 12 months time. Rinse, repeat, and there you have the SEO industry in a nutshell!

Well, it is not so bad in this latest period, but you never know what might creep up on you next. There were days where you could target keywords in the anchor text, but with one single update Google managed to wipe out a ‘small’ percentage of websites and possibly businesses too, simply because they were over-optimised. Those that used a keyword far too often in their backlinks would get filtered to the fourth page or even obliterated from existence, so many Webmasters turned to building branded backlinks instead, or even partial match backlinks, or even turned their desperation towards the more risky PPC (Pay-Per-Click) industry. The point is, a percentage of business owners or Webmasters that day either turned to find new techniques, or simply quit altogether because they had lost too much faith in the challenging industry that is SEO. 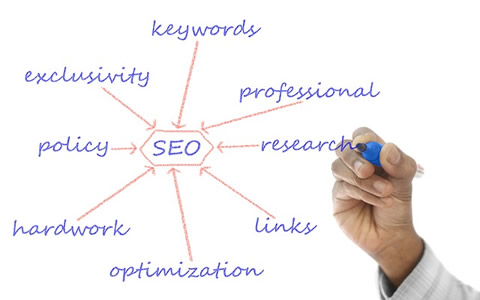 Content has been and will always remain a top factor in SEO. Content is king, as Google keeps on preaching, and has always been important, but it is growing more and more in importance by the day. Just recently Google implemented a quality content update to its algorithm, and the change has caused varied opinion between certain high profile webmasters. It was an update that was dubbed ‘The Phantom Update’ by the media, simply because nobody knew what really happened, all they know now is that it was not a Panda update, but rather an update to the core algorithm itself. Either way, in the aftermath of it all, people were left scratching their heads in bewilderment and confusion, a trait that Google has mastered these days.

Google recently went on record and admitted there was an update (which wasn’t Panda), which SearchEngineLand dubbed ‘The Quality Update’, which was a tweak to their core algorithm which has caused a flurry of opinions, with some mentioning that it could be Google giving more weight to specific ranking signals within the core algorithm itself, and less to others. Either way, something noticeable happened, and there has been a rising need for higher quality content written solely by experts of a given industry.

Your content needs to be engaging to your viewers that details something special which will make reading your content worthwhile, and keep your readers coming back for more juicy information and a gossip about their own personal opinion. The bottom line is that you cannot just create pages of poor content, or pages that are 40% made up of Google Adsense adverts with thin content blocks to prop them up, and expect to get top results. Those days are long gone!

It is all going mobile…

As more and more people are turning to their mobile phones as their primary internet search device, the need to cater to the desktop and laptop crowd has decreased. It told you a lot when Google introduced a new tweak into their algorithm that caters for mobile phone technology. If Google are moving on it quickly then you should be certain that there is something in it to be gained.

It was quite shocking when I did some research when Google released the Hummingbird update. It triggered a thought that had long been buried in my mind about mobile phone technology and its relationship with search marketing, and after some Analytical research I found the figures to be quite staggering. In little less than one year the mobile and tablet search numbers had increased an astonishing 30% over laptop and desktop to become the number one most used Internet device.

How had so many people moved into mobile technology so quickly without me even realising it? With faster 3G and 4G networks, that’s how, and with 5G on its way, the present and future of Internet technology is mobile. You also need to keep in mind the way people search on their mobile phone. With the QUERTY keyword being too small, people are converting to speech recognition, and people search different through speech recognition as they would ask a search engine a question rather than typing in a keyword.

It felt like I had blinked and missed the boat, but luckily it helped me to pick up on another notion, which was to make all of our clients websites mobile responsive as soon as possible, because if Google had their eye firmly on mobile search then surely sooner or later they would bring something into their algorithm which effects mobile results?

Those nagging thoughts turned out to be true, so missing the boat on users moving over to mobile search actually triggered the thought that had me prepared for the April 21st mobile algorithm update before it was even announced, an update that was dubbed Mobilegeddon and much overhyped by the media.

Even before the April 21st update Google was testing the ability to tag a website as mobile friendly on mobile phone browsers, but it wasn’t even considered a ranking factor then, it was just an indicator to the searcher that a website was mobile friendly. However, on April 21st 2015 Google introduced it as a minor ranking factor for mobile devices only, which means it will not effect results on a desktop or laptop. Okay, I will admit it, there is not a huge difference in the results between mobile and desktop, but creating a mobile friendly website for our clients means we are one step ahead of those that haven’t, and I would be rather one step ahead than one step behind, that is for sure. Besides that, isn’t it better for your users if you provide them with a responsive design? You have to put them first afterall.

Websites have to introduce pictures and videos if they want it to be more engaging to their visitors. A video, picture or infographic can be more appealing to your readers than a block of text that will make your eyes bleed. Through my own research, a page with just text on it has a higher bounce rate than those pages that use media as a way of engaging with their visitors. ‘Just text’ pages also shows that people tend to spend less time on the website because sometimes it is harder to read without visual media to back it up.

Video is usually preferred over an image, especially for an ecommerce site, which can show a live demonstration of the product. This has proven to increase conversion rates when used in conjunction with the surrounding content. Images should be placed with careful consideration, along with the appropriate alt tags and descriptions. Of course, if you have a ton of videos but lack quality and relevant content on the page, you may not get very far in the search results. Combine your visual media with your quality content to see the best results. 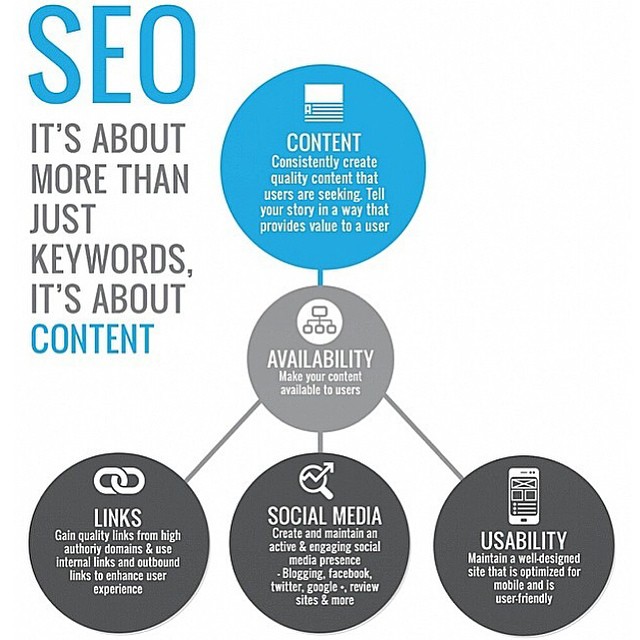 Comments and engagement with other external sources to build organic content is a key trend in 2015. As search engines are turning more and more to the social, mobile, and user interactions with a website, generating authentic conversations and shares from customers and users is essential to having great SEO. Be careful, ensure that you are building your comments organically and not through a provider, you want real opinions when it comes to people commenting on your content.

Google are said to use social signals as a minor ranking factor, so it is important that you engage with your customers and readers, because they are the ones that will share your content if they approve of it, or will link to it from their own blog as a way of providing further reading for their own visitors. The more you engage with your readers the more they will get to know you and grow to respect your knowledge. Therefore, encourage interaction with your visitors at all times to grow an audience for your blog. 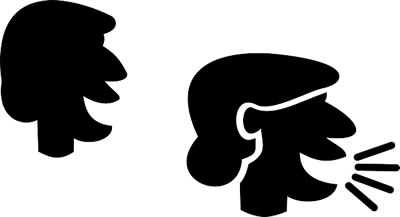 As mentioned above, Google have introduced into their algorithm social signals as a ranking factor. Many experts have dismissed this off as theory, but others have tested and come back with positive results. One thing is for certain, nobody but Google themselves knows the real answer, and all we have are our theories and strategies to get us through the working day, which is what makes Search Engine Optimisation so interesting to follow, especially as a career.

However, SEO theory or not, social media is a great way of expanding your network of people who share similar interests to you, or people who will follow you because of the way you approach SEO. If you can offer sound advice, then of course people will follow you, SEO is not an easy subject to understand and if you can help people to understand it on social media, then you will generate a following. 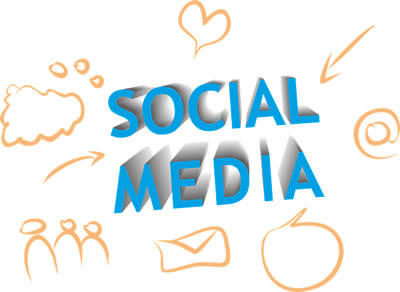 Of course they do, there is no better signal than a ‘vote’, which is how Google sees a backlink. Okay, they are a lot more stricter these days than in the past, but can you imagine an algorithm which eliminates backlinks as a ranking signal? Google can, they have even tried it and admitted that the results looked terrible, so to the naysayer out there that say backlinks don’t matter anymore… think again.

Backlinking is not as easy as it once was, and with the introduction of the Penguin update by Google (which walks hand-in-hand with Panda), your backlinks have to be chosen carefully. Avoid low quality, non-relevant backlinks, as they will not do your website any favours, and avoid the overuse of keywords in the anchor text of the backlink.

However, the search engines, with Google in-particular, are not always 100% truthful when it comes to backlinking, and they rely on fearmongering in order to control how we approach it. Through tests I have known this to be true, but as long as you approach it carefully then there is nothing really to be afraid of.